About this film:
Lee Yi Min stars as a young boy, Ah Pao, who wants to learn kung fu so that he can avenge his father’s death at the hands of the Ghost Faced Killer (Mark Long). The Ghost Faced Killer meanwhile is hunting down a number of clan leaders who all conspired to have him killed. Before attacking, the killer always throws down his “ghost face killing plate,” a decorated metal plate with a red face. He then uses his distinctive five elements style.

Ah Pao attends a local kung fu school (The Chang Sing School), but is bullied by the seniors. However, the school’s cook (Yuen Siu Tien) helps the boy and teaches him some moves after challenging Ah Pao to steal one grain of rice from the Chef’s bowl. He succeeds only in cheating and waiting for the Master to finish his meal. The chef then teaches Ah Pao some kung fu but admits that he will never be good enough. He tells him, “When the time comes to go, I’ll tell you where to go all right.” He proves to be adequate for his day-to-day living but cannot fulfill his deep desire for revenge. When Ah Pao is found in possession of the Ghost Faced Killer’s symbol, he is expelled from school. While he leaves in exile, his teacher is forced to shut the school down in fear of his students being killed. After the students leave, the Teacher is killed by the Ghost Face Killer. Still wishing to learn kung fu, he turns to an old Xiangqi (a.k.a. Chinese chess) master Chi Sue Tin (Jack Long), recommended by the cook, for training. The master is an old enemy of the Ghost Faced Killer who reveals his former identity: he was a former kung fu chief who held sway over the area with his fellow fighters, but he was forced to go into hiding after being badly injured in a fight and also coming under scrutiny by the Ghost Faced Killer. Chi Sue agrees to teach Lee his chess boxing kung fu.

Ah Pao finally learns the strategic link between chess and kung fu. He and Chi Sue Tin team up using double horse style, a reference to Xiangqi, and they defeat the Ghost Faced Killer. 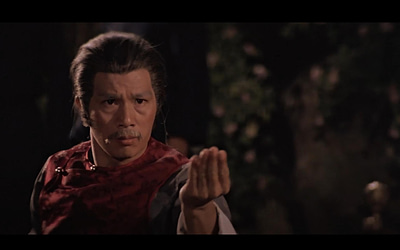 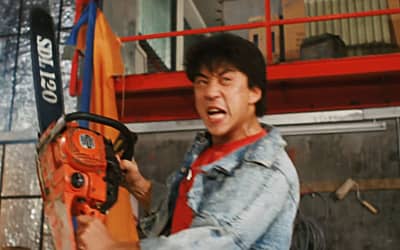 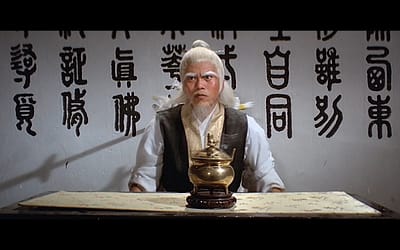